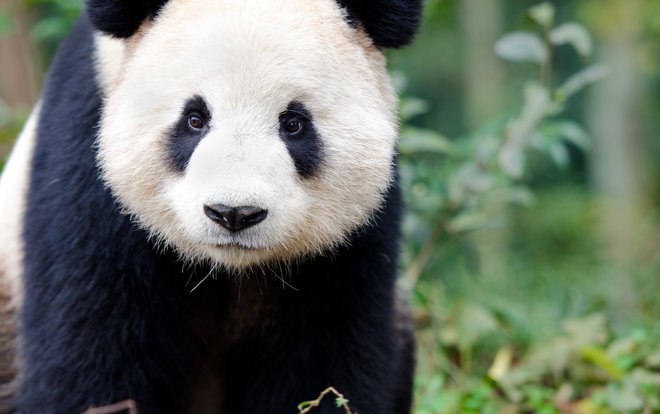 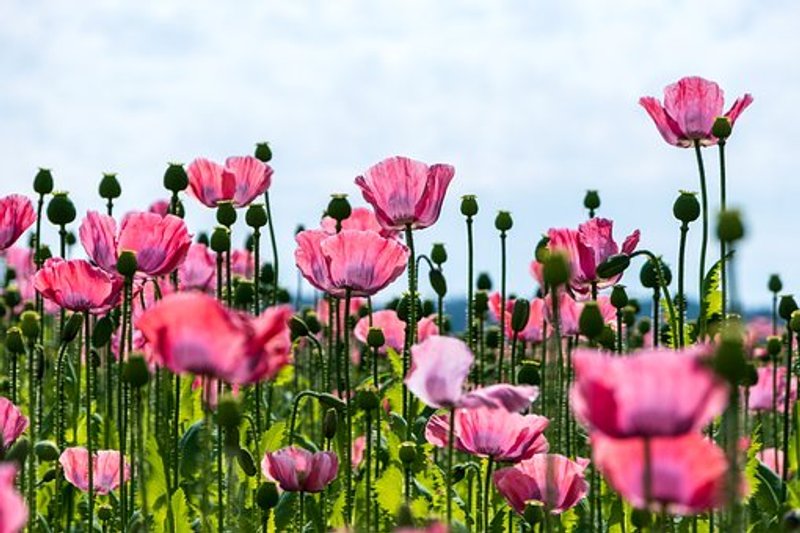 Giant Pandas: Facts About the Charismatic Black and White Bears

Giant pandas are bears that are native to China, where they are considered a national treasure. Despite their exalted status, giant panda (Ailuropoda melanoleuca) populations are vulnerable: fewer than 1,900 live in the wild, according to the Smithsonian National Zoo. About 300 live in zoos around the world.

For many years, scientists wondered whether pandas were a type of bear, raccoon or something all their own. But plenty of genetic studies have made it clear that pandas are a type of bear, according to the San Diego Zoo.

Also called great pandas, parti-colored bears, bamboo bears and white bears, giant pandas are distinguished from other pandas by their large size and black-and-white coloring. Their bold coloring provides camouflage — giant pandas are nearly invisible in dense patches of bamboo, according to the Smithsonian National Zoo.

Advertisement
Pandas of the Sleeping Dragon
Wild Giant Pandas within their natural habitat among the bamboo forest of China. George Page narrates.

In the wild, giant pandas are only found in the remote, mountainous regions of central China, in Sichuan, Shaanxi and Gansu provinces, according to the National Zoo. In this area, between 5,000 and 10,000 feet elevation (1,524 - 3,048 m), are the cool, wet bamboo forests that giant panda's call home. The large bears make their dens from hollowed-out logs or stumps of conifer trees found within the forest.

A giant panda's appetite for bamboo is insatiable. They eat bamboo 12 hours a day, which adds up to 28 lbs. (12.5 kg) of bamboo each day, according to National Geographic. Giant pandas have a special bone that extends from their wrists called a "pseudo-thumb," according to the San Diego Zoo. They use their pseudo-thumb to hold and manipulate the bamboo.

Bamboo is relatively low in nutrients, which is why pandas have to eat so much of it. In order to get a variety of nutrients, pandas eat various parts of the bamboo plant and will seek out bamboo that's sprouting new shoots and leaves (the young shoots and leaves contain higher amounts of nutrients, including calcium, nitrogen and phosphorous) at different times of the year. In the summer, giant pandas will climb 13,000 feet (3,962 m) up the mountains of their home area to feed, according to the National Geographic.

Sometimes there isn't enough bamboo around to sustain the large bears, so giant pandas will occasionally supplement their bamboo-diet with rodents, fish, insects or birds.

For the most part, giant pandas are loners. They dislike being around other pandas so much that they have a heightened sense of smell that lets them know when another panda is nearby so it can be avoided, according to the National Geographic. If they do come in contact with one another they'll growl, swat and bite each other until one gives up and leaves.

On average, a giant panda's territory is about 1.9 square miles (5 square kilometers). To mark their territory, giant pandas secrete a waxy scent marker from a scent gland underneath their tail. Other giant pandas can likely tell the sex, age, reproductive condition, social status and more by sniffing the potent marker, according to the San Diego Zoo.

The only time that giant pandas seek each other out is during their spring mating season. Males will use their sensitive smelling ability to sniff out a female when ready to mate. Females mate every two to three years.

Male pandas, like many other mammals (but not humans) have a baculum, a bony rod in the soft tissue of the penis. In most bears, it is straight and directed forward. However, in giant pandas, it is S-shaped and directed backward, according to the Animal Diversity Web.

The average gestation time is 135 days, but ranges between 100 and 180 days. Females give birth to one or two cubs (although the second cub usually doesn't survive) that only weigh 3 to 5 ounces (85 to 142 grams) and are about the size of a stick of butter, according to the San Diego Zoo. The cubs are completely blind for about 50 to 60 days and begin crawling at about 10 weeks of age. [Gallery: Baby Panda Pics]

Baby Panda Born At Zoo In Belgium | Raw Video
A rare event occured at the Pairi Daiza Wildlife Park outside of Belgium when a male panda cub was born. There are less than 2000 pandas left in the wild and the zoo is calling the birth a "true miracle."

Cubs start eating bamboo between 7 and 9 months of age and continue nursing until they are 18 months, when the cub is weaned and sent to live on its own. Female giant pandas reach maturity at 4 to 5 years old and the males at 6 to 7 years old.

Pandas are the most vocal of all bear species, according to the San Diego Zoo. A bleat, similar to the sound of a lamb or goat kid would make, is one of the more distinctive vocalizations of the panda, and is typically used as a greeting. Other vocalizations include honks, huffs, barks and growls, while cubs often croak and squeal.

Giant pandas are known to be curious and playful. In captivity, they're often found playing with enrichment items such as toys and puzzles and performing somersaults, according to the San Diego Zoo.

Pandas can survive on a bamboo diet because, like the three-toed sloth, they have a low metabolism.
Credit: Fuwen Wei

The International Union for Conservation of Nature and Natural Resources (IUCN) categorizes giant pandas as vulnerable. This is an improvement compared to the giant panda's status in the 1980s, when they were listed as rare by the IUCN. When the latest assessment was made in 2014, the population of the giant panda appeared to be increasing.

This article was updated on March 15, 2019, by Live Science Contributor Rachel Ross. 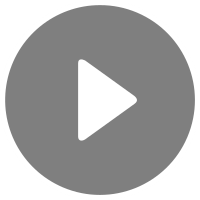 Watch to learn more
LEARN MORE
Author Bio
Alina Bradford, Live Science ContributorAlina Bradford is a contributing writer for Live Science. Over the past 16 years, Alina has covered everything from Ebola to androids while writing health, science and tech articles for major publications. She has multiple health, safety and lifesaving certifications from Oklahoma State University. Alina's goal in life is to try as many experiences as possible. To date, she has been a volunteer firefighter, a dispatcher, substitute teacher, artist, janitor, children's book author, pizza maker, event coordinator and much more.

Enter your email and we'll send you reset instructions